2nd ANNIVERSARY OF THE ESCAPE FROM DUBAI OF PRINCESS LATIFA 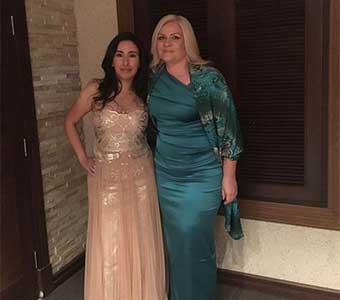 You win the argument, yet the battle still goes on!

By David Haigh and Tiina Jauhiainen, co-founders of the Free Latifa campaign

The 24th of February 2020 marks the second anniversary of the attempt by Sheikha Latifa Al Maktoum to flee the captivity of her father, the ruler of Dubai Sheikh Mohammed bin Rashid Al Maktoum. It’s an anniversary we should celebrate because it denotes the moment a spirited young woman finally emerged from family incarceration an astonishing concept in the 21st century.

Anniversaries are strange things. They allow us to look back to a specific moment and analyse at its significance, which may not have been apparent at the time. In this context, the question arises as to whether we should be celebrating the anniversary of Latifa’s escape from Dubai (24 February), or the end of her freedom eight days later (4 March) when the boat she was on was stormed by troops under instructions from her father, and she was kidnapped and brought back to captivity in Dubai. The former is the happier event, but the latter is of far greater importance.

In the two years since that fateful night off the west coast of India (and we speak with knowledge of the storming of the MS Nostromo as one of us was actually there and the other helping in the background recording and reporting events), we have effectively won the argument. The United Nations has accepted Latifa’s capture as a de facto example of an enforced disappearance, even though it is still working on its final response in the case. Eminent television companies have made documentaries on the abuse of Latifa’s human rights. And an ill-judged visit by the former UN human rights commissioner Mary Robinson to try and “offer support to Latifa and her family” has been roundly criticised as aiding a regime to ride roughshod over basic human rights.

In addition, Sheikh Mohammed himself has been the subject of anti-molestation orders filed after his latest wife, Sheikha Haya, fled Dubai with their two children and sought divorce and custody in a London court, it was widely reported the reason for her fleeing was in the most part what she learned about the fate of Princess Latifa. Other members of his family have spoken out, including Latifa’s Cousin Marcus Essabri, a fellow Dubai palace resident and notably his first wife Randa Al Banna, who has been denied access to her daughter for more than 40 years because she had the audacity to divorce Sheikh Mohammed. And we know of more cases of abused members and those close to the family who are unable to speak out, so we won’t name them.

And yet in 21st century geopolitics, winning the argument isn’t enough. Sheikh Mohammed and his decaying regime have not only denied Latifa, her full-sister Shamsa and other members of his family the rights of self-determination they seek. He has doled out his millions to get prominent names to act as cover for his perfidy, notably the inducements undoubtedly paid to Ivanka Trump, Theresa May and various other names who were lured to Dubai earlier this month to attend a women’s empowerment conference. The money was spent to disseminate the message that Dubai is in the forefront of efforts to promote women’s rights and chances – a more honest image would have been appointing Count Dracula to run Dubai’s blood transfusion agency.

The fact that prominent people are willing to sup with the devil illustrates how hard the campaign to free Latifa is. There are not just financial resources backing the captivity of Latifa and others, there are psychological resources too.

We will eventually get there. The English High Court in the case of Princess is widely expected to issue a judgment against the Dubai ruler, the UN may deliver a ruling on the kidnapping of Latifa . If one or both of these happens not even the tone-deaf regime in Dubai can ignore and if they do will the ruling emirate of Abu Dhabi. It would be lovely if a leading international figure would issue an ultimatum that Dubai will not be welcome while the daughter of the ruler is held against her will. An obvious person to do that would be the British monarch Queen Elizabeth II, who is a good friend of Sheikh Mohammed through their shared love of horses; her style would be to do it quietly, telling him that he will not be welcome at the prestigious Royal Ascot horse-racing meeting this year if Latifa is still in captivity. We are not holding our breath, but stranger things have happened.

Ultimately our fight goes on, and for two reasons. Firstly, it is the right thing to do. Latifa has expressed a very clear desire to travel outside Dubai and as long as she takes responsibility for her decisions that is her internationally recognised right and one which Latifa’s half-sister Sheikha Manal, flanked by Ivanka Trump and Theresa May preached this month at the Global Women’s Forum in Dubai. Secondly, this is not just about Latifa but about all women in the Gulf. Women are still treated as second-class citizens throughout the region – we cannot change that overnight, but by taking a high-profile example like Latifa, we can use her case to force change for all women subjected to the oppression of male guardianship laws.

The fight goes on at great cost to ourselves, but we know that millions of people around the world are behind Latifa and supporting our campaign for her freedom. We are immensely grateful for all the support, as we are sure is Latifa. We cannot promise when we will achieve success, or whether we will be ‘celebrating’ more 24 February and 4 March anniversaries. But we will not rest until Latifa is free, and the rights of women in the Gulf start to improve.

David Haigh is a human rights lawyer who was jailed without charge in Dubai in 2014 and was held for a total of 22 months. Tiina Jauhiainen became a close friend of Latifa while working in Dubai and was with her when she escaped in February 2018; she now works for the Free Latifa campaign in the UK and Finland.

About Free Latifa: Princess Latifa stands for every person, especially every woman, who is held against their will when they have done nothing wrong. The Free Latifa Campaign is run by Latifa’s family, closest friends, supporters and advisors. It is headed by Latifa’s best friend Tiina Jauhiainen as Campaign Director, human rights lawyer and campaigner David Haigh, Latifa’s cousin Marcus Essabri, and Latifa’s close friends Stephania Martinengo and Marco Remes. The campaign also benefits from the support of Human Rights Watch, Amnesty International, Detained International and a growing number of Latifa’s family, supporters, media, lawyers, politicians and celebrities around the world. The campaign is ab out positivity and love, we have one goal, to #FreeLatifa. Updates on the campaign can be found on www.freelatifa.com