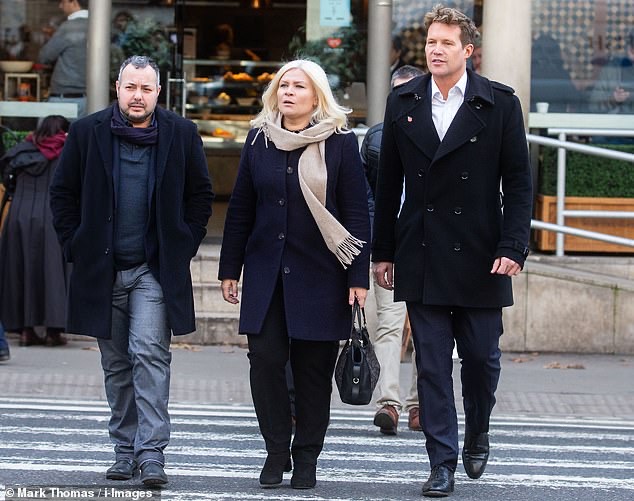 In a week that saw the United Arab Emirates kick off its “World Tolerance Summit” the FreeLatifa team attended the High Court for the final hearings in the High Court battle over the children of the ruler of Dubai, Sheikh Mohammed bin Rashid Al Maktoum.

Princess Haya attended the High Court on Monday 11th November 2019 and throughout the week, her estranged husband Dubai Ruler Sheikh Mohammed did not. The Dubai ruler has failed to attend any of the English court hearings to date, on a previous hearing date the Sheikh was in the United Kingdom but choose to ignore the hearing and was seen purchasing racehorses instead.

The High Court is expected to issue its judgement in early December 2019, a decision that is likely to have significant implications for the fate of Princess Latifa Al Maktoum, currently held against her will in arbitrary detention in Dubai for more than 21 months. Now the subject of a United Nations investigation, Princess Latifa and her friend Tiina Jauhiainen were kidnapped at gunpoint on the Dubai rulers’ instructions in March 2018 from their boat off the coast of India. Latifa’s brave escape attempt and tortious life is now the subject of an Amnesty International award-winning BBC documentary Escape from Dubai watched by tens of millions around the world.

Whilst the High Court hearing began, the Sheikh was accused of “gross hypocrisy” over his stance on human rights after he issued a statement on his Twitter account in Arabic that stated [see fig 1]:

During the meeting, we adopted a policy to protect the family. We have adopted mechanisms to protect, intervene and prevent all kinds of domestic violence. In the UAE, we do not tolerate any kind of harm towards a young child, a elder, or a weak woman.

David Haigh, a human rights lawyer representing Princess Latifa said “simply put the Dubai ruler is a Human rights abuser that believes he and his swathes of ever-changing propaganda churning PR firms, many from the UK, can fool the world. Thankfully, the facade of Dubai and the UAE as a safe and tolerant place has fallen and the world now sees the gross hypocrisy of this dangerous man, his Emirate and country.

The Free Latifa campaign will issue a press release immediately after the judgement is able to be reported on, setting out what it means for Latifa’s case and any others affected by the ruling. This will include quotes from Latifa’s cousin, Marcus Essabri, her human rights lawyer David Haigh and the Free Latifa campaign director and Latifa’s best friend Tiina Jauhiainen and Latifa’s legal team including Alun Jones QC and Rodney Dixon QC.

Due to court reporting restrictions we are prevented from commenting on the reasons why the Free Latifa team attended court. However, if you would like a quote for use before the judgement, please quote David Haigh as saying: “We will be watching the High Court’s judgement very closely. The case will tell us a lot about how an independent court judges Sheikh Mohammed’s ability to deal respectfully and appropriately with his children and with others. Any condemnation by the court will strengthen the case for the immediate release of Latifa and further highlight his countires grave human rights abuses, presided over by the Dubai ruler himself. That in turn will act as a shot in the arm to all women in the Gulf who are victims of the slavery of Gulf women that is male guardianship.”

About Free Latifa: Princess Latifa stands for every person, especially every woman, who is held against their will when they have done nothing wrong. The Free Latifa Campaign is run by Latifa’s family, closest friends, supporters and advisors. It is headed by Latifa’s best friend Tiina Jauhiainen as Campaign Director, human rights lawyer and campaigner David Haigh, Latifa’s cousin Marcus Essabri, and Latifa’s close friends Stephania Martinengo and Marco Remes. The campaign also benefits from the support of Human Rights Watch, Amnesty International, Detained International and a growing number of Latifa’s family, supporters, media, lawyers, politicians and celebrities around the world. The campaign has one goal, to #FreeLatifa.Updates on the campaign can be found on www.freelatifa.com