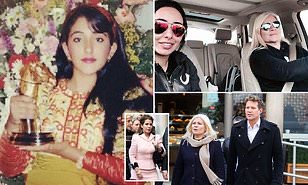 The UAE’s ‘World Tolerance Summit’, supposedly intended to ‘focus on how education and knowledge-sharing can be a powerful tool to raise awareness on tolerance in diversity.’

However, it is clear that the UAE is less concerned with the principle of tolerance than it is with its carefully manipulated image as a global touristic and economic hub. As stated in the open letter calling for a boycott of the Summit, ‘the UAE Government devotes more effort to concealing its human rights abuses than to addressing them.’

In fact, it is clear that the UAE has devoted even more time to opposing tolerance entirely, with a report in The New York Times showing how the UAE attempted to install spyware on the computers of 1,100 dissidents and journalists.

A prescient example of this intolerance can be seen in award-winning human rights defender Ahmed Mansoor, currently serving a 10-year sentence for ‘insulting the UAE, its status and prestige’ on social media. Detained simply for a series of tweets critical of the regime, his imprisonment has drawn international condemnation, and in October 2019 a total of 142 NGOs joined forces in calling for his immediate release from al-Sadr prison.

The UAE’s systematic quelling of freedom of expression, and its role in the Saudi-led coalition in Yemen, should leave no doubt that the World Tolerance Summit is little more than a thin veneer intended to obscure the reality of Emirati life.

David Haigh, a human rights lawyer representing Princess Latifa said “simply put the UAE has one of the most intolerant Governments in the world today. Until such time that the country respects the most basic of human rights and stops locking up innocent victims of injustice, expats and Emiratis alike, it has no place using talking about human rights and tolerance. The only thing the UAE is tolerant of is intolerance.”

Tiina Jauhiainen Campaign Director for FreeLatifa said “my best friend Latifa is currently detained in arbitrary detention against her will, her father the ruler of Dubai was not tolerant of her simple wish to be free, for self-determination. There is no tolerance of women’s rights or other rights in the UAE. The attendees should reconsider their support, and I offer my time and first-hand experience to educate them of the reality of the intolerant UAE”.

We, the undersigned, call on all participants and speakers at the World Tolerance Summit taking place in Dubai on November 13 and 14 to withdraw from the event, which promotes a misleading image of the United Arab Emirates as a model of tolerance and openness. This is the second World Tolerance Summit, initiated in 2018 to “strengthen the UAE’s position as a model of co-existence and cultural tolerance around the world.”

Since the Arab Spring in 2011, the Emirati government has increased its brutal clampdown on fundamental human rights and freedoms. The authorities have prosecuted and imprisoned political opponents, human rights defenders, journalists and critics, and systematically silenced peaceful dissenting voices, to such an extent that today, freedom of speech and civic space are virtually non-existent in the country. In a recent statement, seven United Nations independent experts expressed grave concern over the situation of imprisoned human rights defender Ahmed Mansoor, who is currently serving a 10-year prison sentence for “insulting the ‘status and prestige of the UAE and its symbols’ including its leaders” in reprisal for his peaceful activism.

We also wish to inform you that in October 2018, the European Parliament adopted a resolution, calling on the UAE, among others, to stop all forms of harassment and immediately lift the travel ban against human rights defenders, and urging the authorities to “guarantee in all circumstances that human rights defenders in the UAE are able to carry out their legitimate human rights activities, both inside and outside the country, without fear of reprisals”.

While hundreds have been victims of arbitrary arrests, enforced disappearance, torture, and unfair trials within the UAE, the authorities are also responsible for gross violations of international human rights and humanitarian law outside its territory.

Since the outbreak of hostilities in 2015, the UAE has been one of the main warring parties in Yemen. Attacks by the Saudi-UAE led coalition are responsible for over 8,000 civilian deaths through direct targeting alone.

The Group of International and Regional Eminent Experts on Yemen recently expressed their concern over the active role of the UAE in this conflict and indiscriminate attacks by the UAE and other parties to the conflict against hospitals, water facilities, markets and other civilian spaces. They strongly condemned all parties to the conflict for blocking access to humanitarian aid and the use of starvation as a weapon of war, which amount to war crimes. Save the Children estimated that 85,000 children under the age of five have starved to death as a result of the conflict so far. The Group of UN experts also condemned the systematic use of enforced disappearance, torture and extrajudicial executions by parties to the conflict.

Regrettably, the UAE Government devotes more effort to concealing its human rights abuses than to addressing them and invests heavily in the funding and sponsorship of institutions, events and initiatives that are aimed at projecting a favourable image to the outside world. The Tolerance Summit is yet another tool in the UAE’s campaign to “whitewash” its human rights record.

In light of the above, we urge you to reconsider your participation in the Summit. By promoting the UAE as “the global capital for tolerance” while hundreds are imprisoned for having peacefully expressed their opinion, you will contribute to silencing their voices.

Association for Victims of Torture in the UAE

International Campaign for Freedom in the UAE