Legal Week Lawyer Awards – In House Counsel of The Year 2013 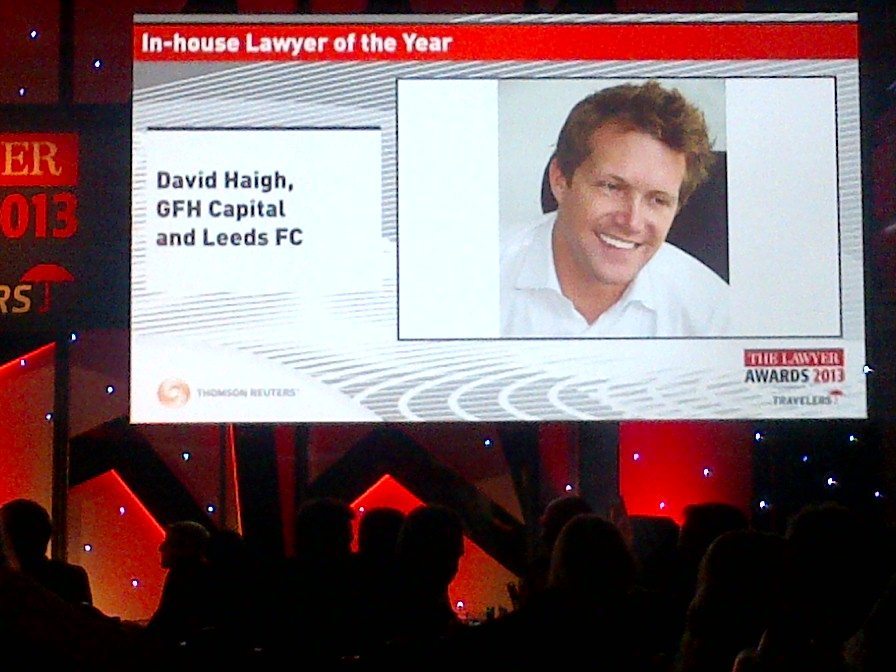 Yesterday I went with some friends and work colleagues to the Legal Week Awards ceremony in London. It was a fun night hosted by (a very funny and very cutting) Sandy Toksvig – and the iPhone and Blackberry were (almost) put on hold for the evening.

I had been nominated for the In-House Lawyer of the Year Award for the work I had done at GFH Capital and in the acquisition of Leeds United Football Club.  I was up against some pretty stiff competition and was delighted to have been nominated at all – let alone finish third overall.

It is always an honour to be recognised by your peers and experts in the industry and I hope to be back there again next year!